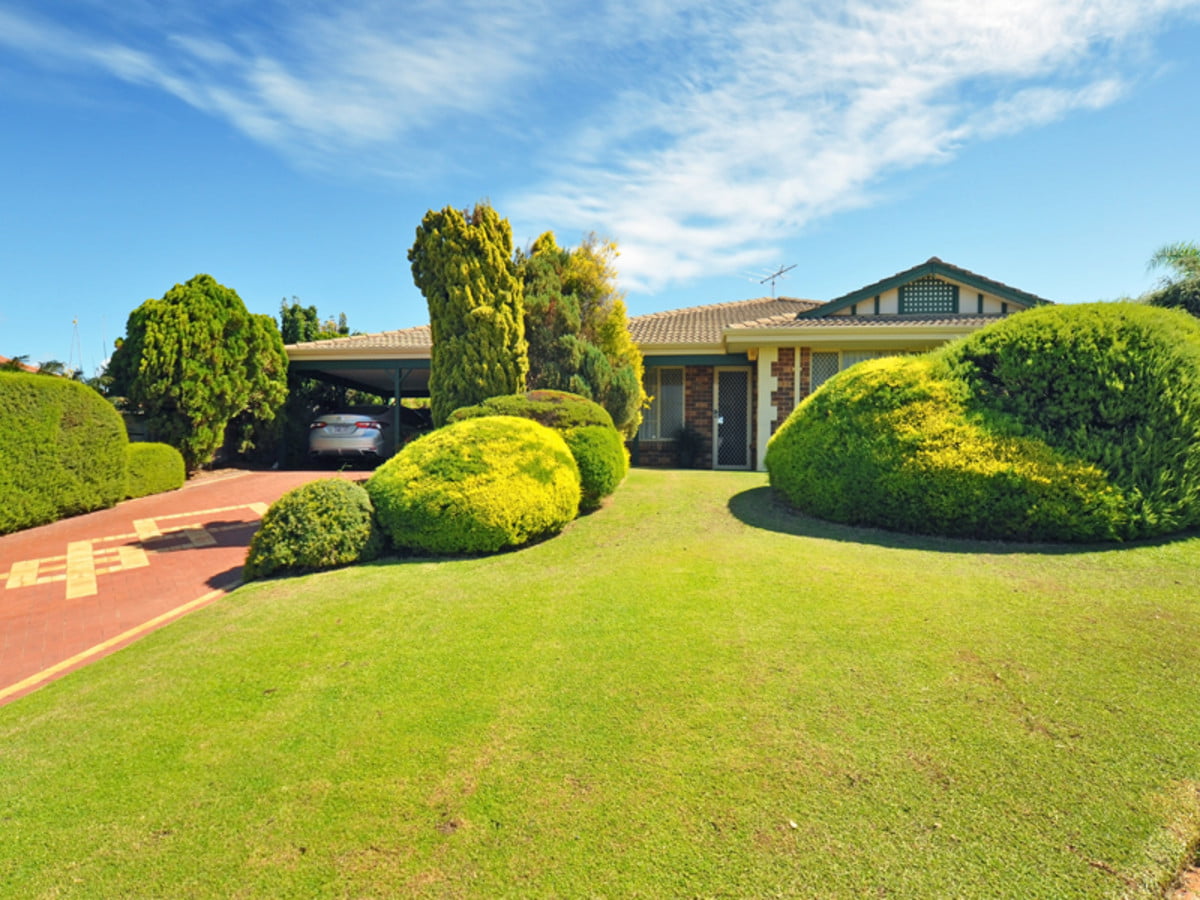 It has a separate front lounge separate dining open kitchen family and meals area.
The master bedroom suite is situated to the front of the home. which includes walk in robes.

While mostly a residential area, it also functions as a town centre, serving many surrounding areas with a vast amount of amenities and facilities. The suburb has a railway station on the Joondalup railway line and also is a major public transport hub for surrounding suburbs,
Clarkson is bounded to the west by Mindarie (Marmion avenue) and to the north by Merriwa and Ridgewood (Hester avenue). The Joondalup railway line and freeway divides the neerabup national park in the east. south of Clarkson is Tamala park, which is uninhabited.
It is approximately 2 kilometres away from the Indian ocean and the coastlines of beautiful Clayton’s and Quinn’s beach.

Compared to surrounding suburbs, Clarkson is a very mixed-use area with an abundance of facilities and a very large shopping and retail district, establishing it as a commercial town centre for the northern suburbs. Ocean Keys Boulevard, is home to the Ocean Keys Shopping Centre, a major shopping mall with a large number of major retail outlets. Many more commercial outlets surround the centre, including a large Bunnings Warehouse, a post office, two service stations and car dealerships. A strip of restaurants and take-away outlets are situated directly west of the Shopping Centre. There are also other restaurants located within the suburb. Nearby is also the Clarkson Library. There are 3 Medical Centres in the suburb, which are the Clarkson Family Practice, Ocean Keys Family Practice and The Somerly Central Medical Centre.

There is an abundance of entertainment and leisure facilities around Clarkson. Over ten parks are located throughout the suburb. Clarkson also accommodates the Clarkson Police Station, which serves all surrounding suburbs from Tamala Park to Butler and Jindalee.